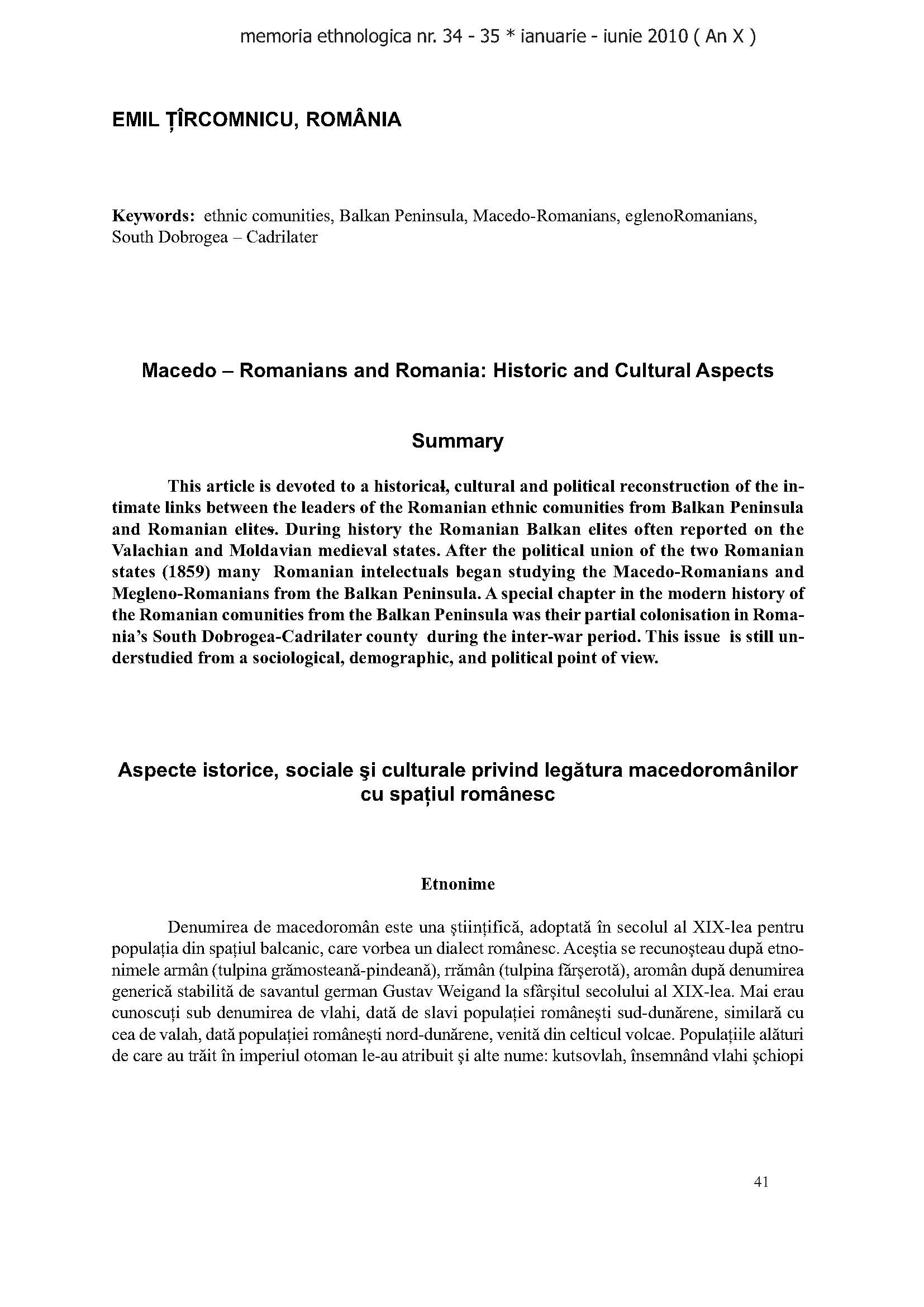 Macedo – Romanians and Romania: Historic and Cultural Aspects
Summary
This article is devoted to a historical, cultural and political reconstruction of the intimate
links between the leaders of the Romanian ethnic comunities from Balkan Peninsula
and Romanian elites. During history the Romanian Balkan elites often reported on the
Valachian and Moldavian medieval states. After the political union of the two Romanian
states (1859) many Romanian intelectuals began studying the Macedo-Romanians and
Megleno-Romanians from the Balkan Peninsula. A special chapter in the modern history of
the Romanian comunities from the Balkan Peninsula was their partial colonisation in Romania’s
South Dobrogea-Cadrilater county during the inter-war period. This issue is still understudied
from a sociological, demographic, and political point of view.