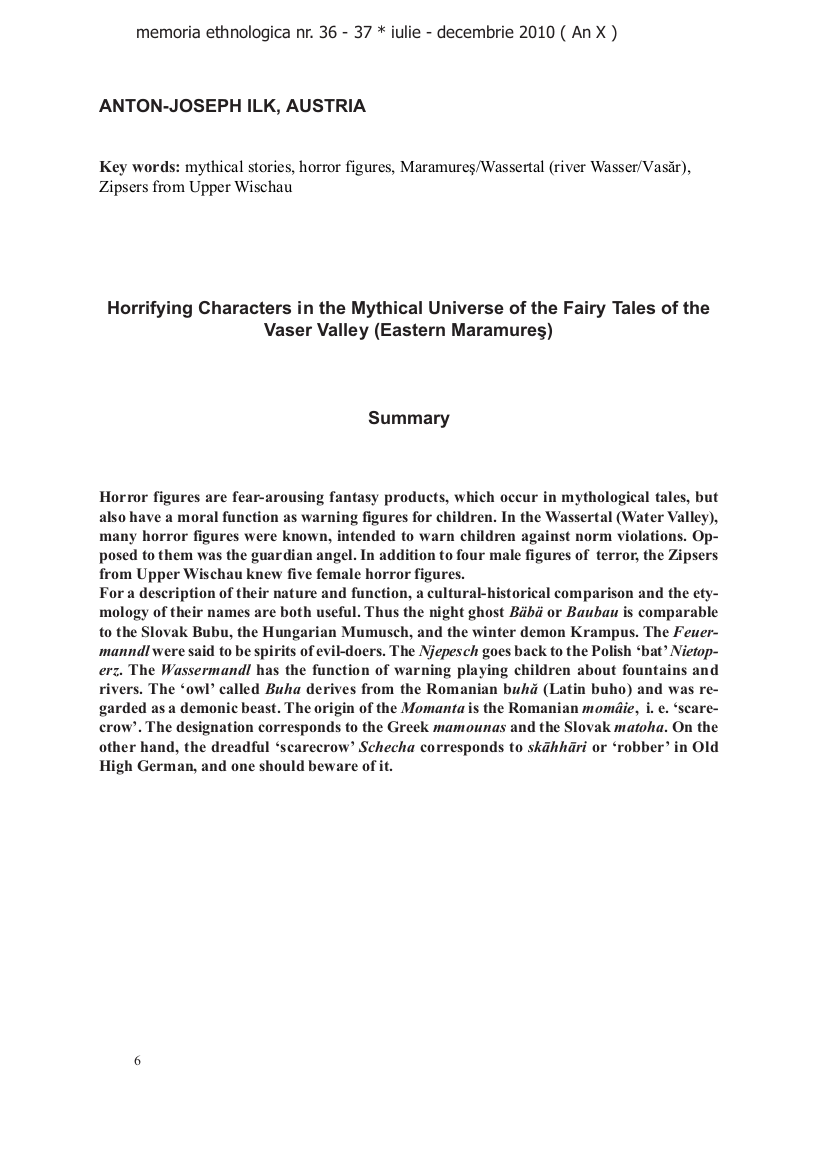 Horror figures are fear-arousing fantasy products, which occur in mythological tales, but
also have a moral function as warning figures for children. In theWassertal (Water Valley),
many horror figures were known, intended to warn children against norm violations. Opposed
to them was the guardian angel. In addition to fourmale figures of terror, the Zipsers
from UpperWischau knew five female horror figures.
For a description of their nature and function, a cultural-historical comparison and the etymology
of their names are both useful. Thus the night ghost Bäbä or Baubau is comparable
to the Slovak Bubu, the Hungarian Mumusch, and the winter demon Krampus. The Feuermanndl
were said to be spirits of evil-doers. The Njepesch goes back to the Polish ‘bat’Nietoperz.
The Wassermandl has the function of warning playing children about fountains and
rivers. The ‘owl’ called Buha derives from the Romanian buhă (Latin buho) and was regarded
as a demonic beast. The origin of the Momanta is the Romanian momâie, i. e. ‘scarecrow’.
The designation corresponds to the Greek mamounas and the Slovak matoha. On the
other hand, the dreadful ‘scarecrow’ Schecha corresponds to skāhhāri or ‘robber’ in Old
High German, and one should beware of it.