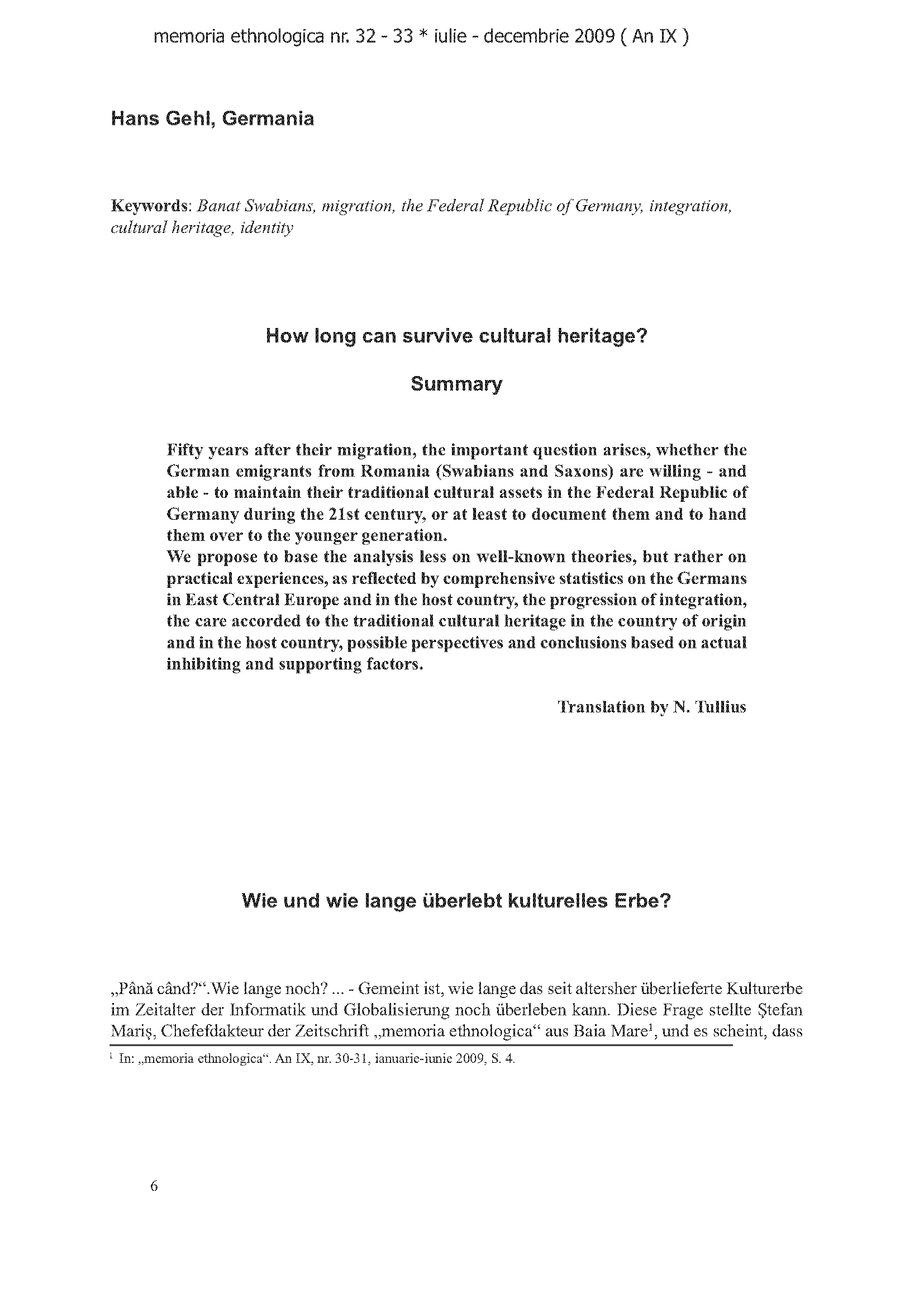 How long can survive cultural heritage?

How long can survive cultural heritage?
Summary
Fifty years after their migration, the important question arises, whether the
German emigrants from Romania (Swabians and Saxons) are willing – and
able – to maintain their traditional cultural assets in the Federal Republic of
Germany during the 21st century, or at least to document them and to hand
them over to the younger generation.
We propose to base the analysis less on well-known theories, but rather on
practical experiences, as reflected by comprehensive statistics on the Germans
in East Central Europe and in the host country, the progression of integration,
the care accorded to the traditional cultural heritage in the country of origin
and in the host country, possible perspectives and conclusions based on actual
inhibiting and supporting factors.
Translation by N. Tullius