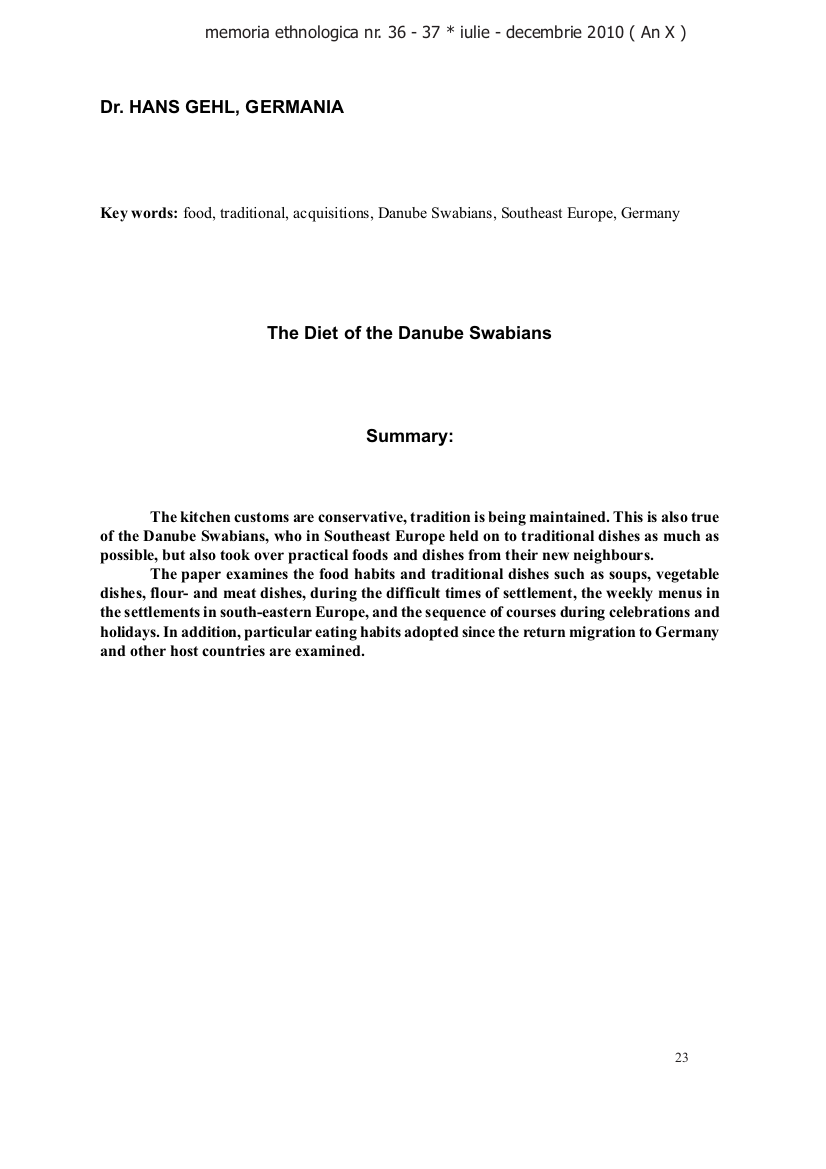 The Diet of the Danube Swabians

The kitchen customs are conservative, tradition is being maintained. This is also true
of the Danube Swabians, who in Southeast Europe held on to traditional dishes as much as
possible, but also took over practical foods and dishes from their new neighbours.
The paper examines the food habits and traditional dishes such as soups, vegetable
dishes, flour- and meat dishes, during the difficult times of settlement, the weekly menus in
the settlements in south-eastern Europe, and the sequence of courses during celebrations and
holidays. In addition, particular eating habits adopted since the returnmigration to Germany
and other host countries are examined.