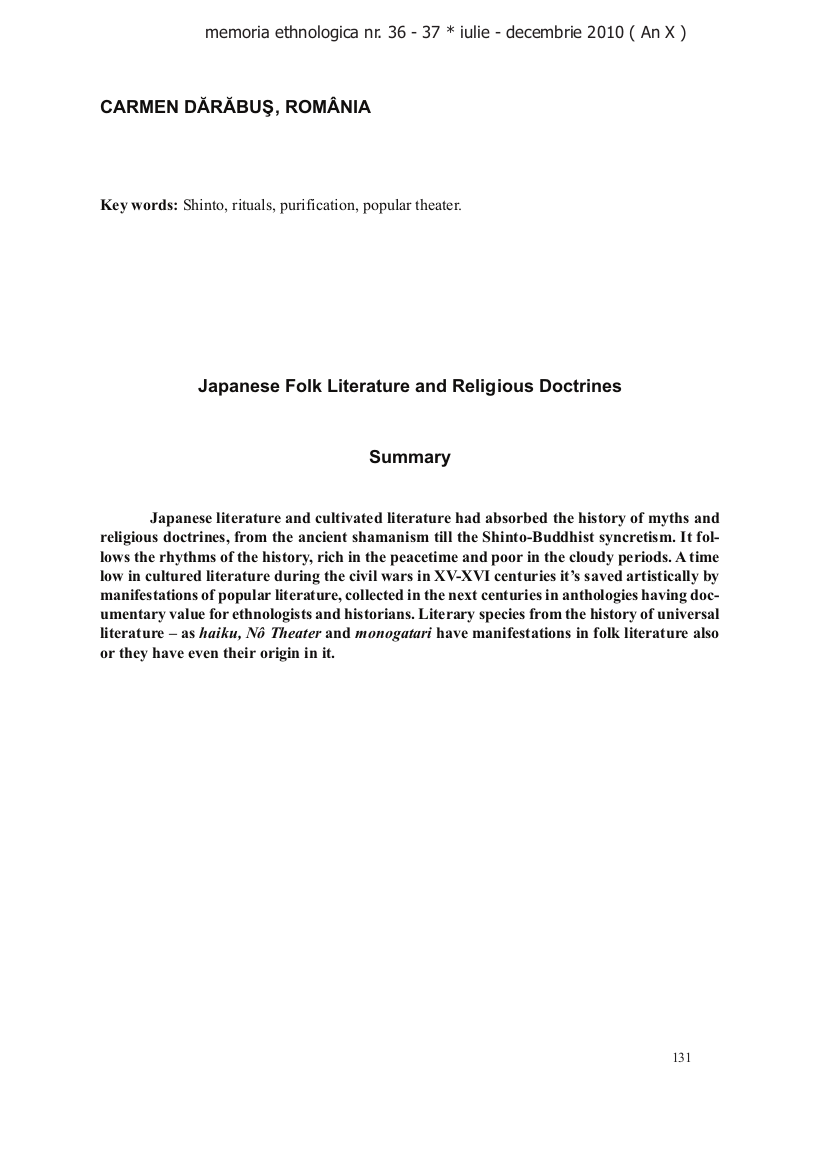 Japanese literature and cultivated literature had absorbed the history of myths and religious doctrines, from the ancient shamanism till the Shinto-Buddhist syncretism. It follows the rhythms of the history, rich in the peacetime and poor in the cloudy periods. A time low in cultured literature during the civil wars in XV-XVI centuries it’s saved artistically by manifestations of popular literature, collected in the next centuries in anthologies having documentary value for ethnologists and historians. Literary species from the history of universal literature – as haiku, Nô Theater and monogatari have manifestations in folk literature also or they have even their origin in it.