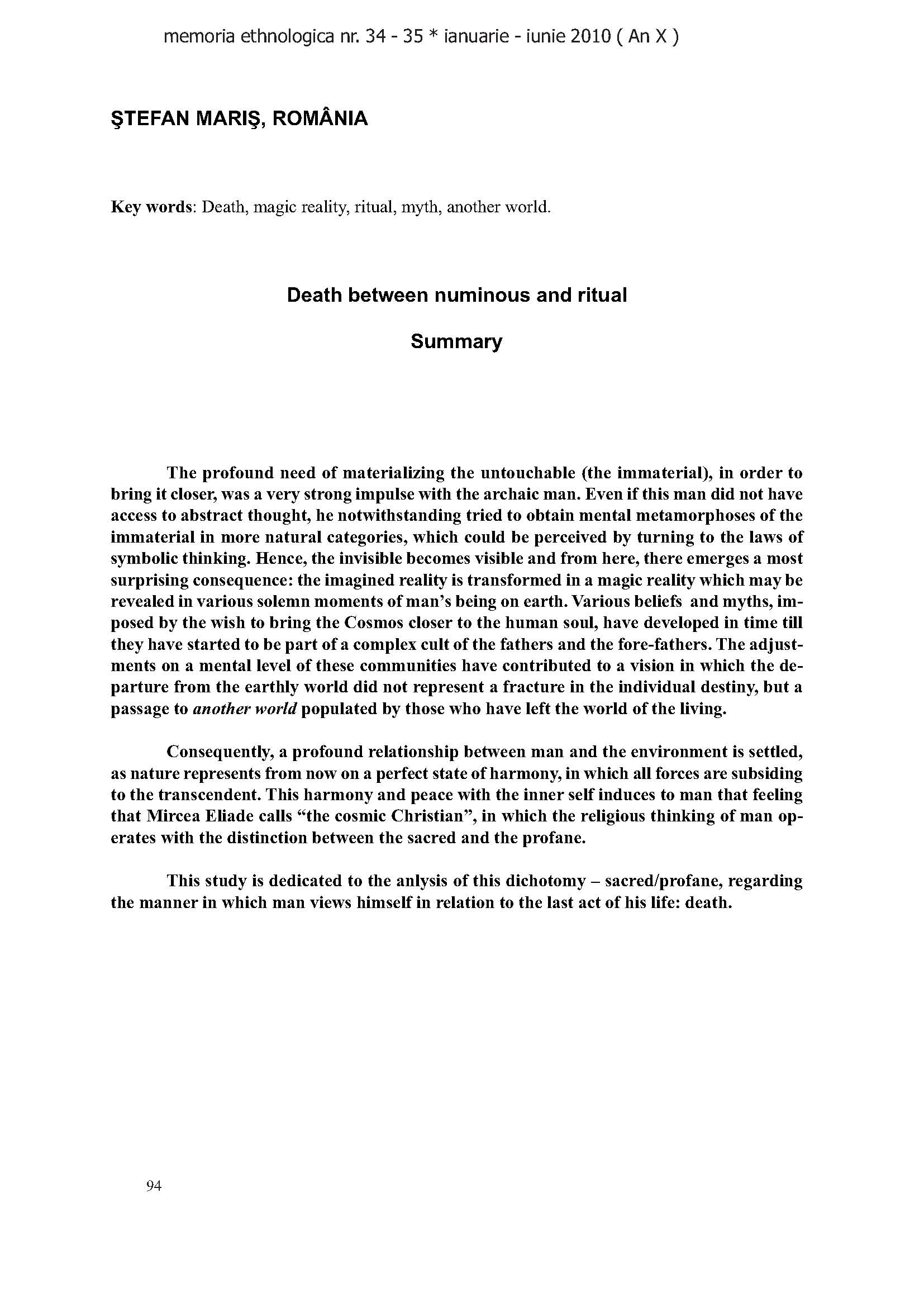 Death between numinous and ritual
Summary
The profound need of materializing the untouchable (the immaterial), in order to
bring it closer, was a very strong impulse with the archaic man. Even if this man did not have
access to abstract thought, he notwithstanding tried to obtain mental metamorphoses of the
immaterial in more natural categories, which could be perceived by turning to the laws of
symbolic thinking. Hence, the invisible becomes visible and from here, there emerges a most
surprising consequence: the imagined reality is transformed in a magic reality which may be
revealed in various solemn moments of man’s being on earth. Various beliefs and myths, imposed
by the wish to bring the Cosmos closer to the human soul, have developed in time till
they have started to be part of a complex cult of the fathers and the fore-fathers. The adjustments
on a mental level of these communities have contributed to a vision in which the departure
from the earthly world did not represent a fracture in the individual destiny, but a
passage to another world populated by those who have left the world of the living.
Consequently, a profound relationship between man and the environment is settled,
as nature represents fromnow on a perfect state of harmony, in which all forces are subsiding
to the transcendent. This harmony and peace with the inner self induces to man that feeling
that Mircea Eliade calls “the cosmic Christian”, in which the religious thinking of man operates
with the distinction between the sacred and the profane.
This study is dedicated to the anlysis of this dichotomy – sacred/profane, regarding
the manner in which man views himself in relation to the last act of his life: death.