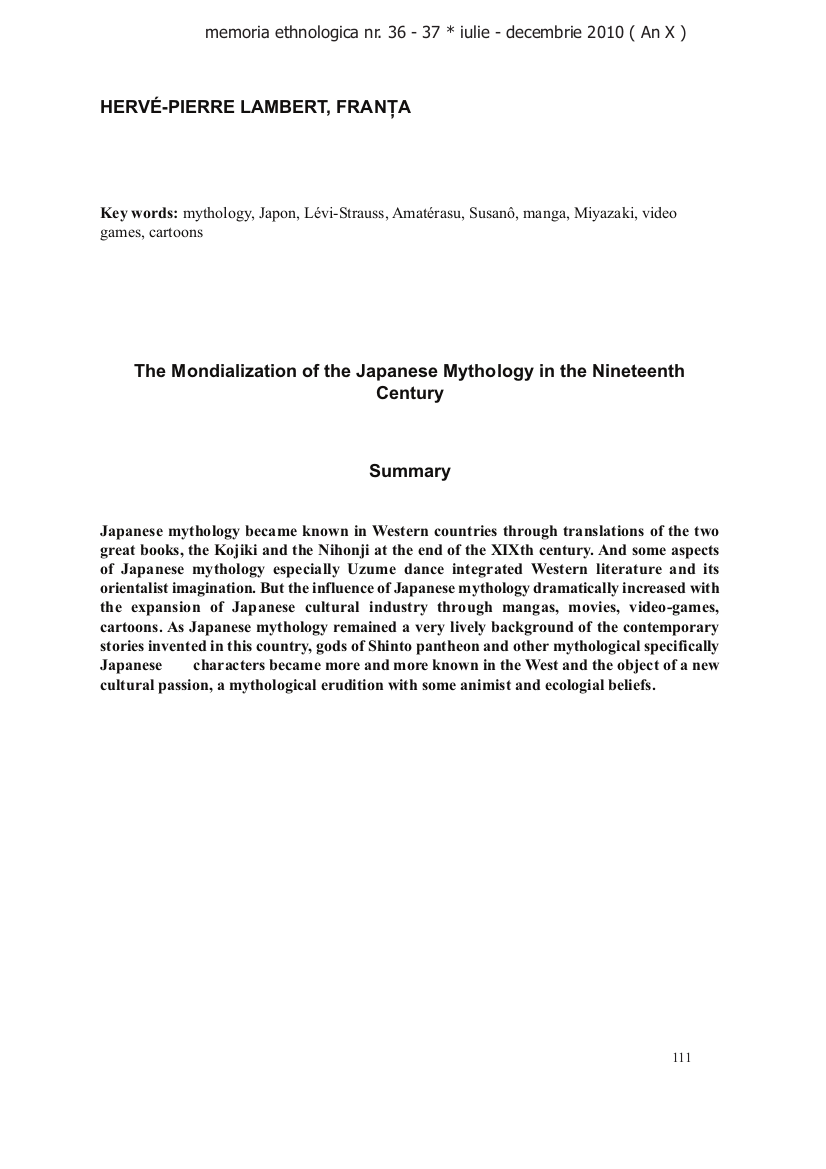 The Mondialization of the Japanese Mythology in the Nineteenth Century

The Mondialization of the Japanese Mythology in the Nineteenth Century

Japanese mythology became known in Western countries through translations of the two great books, the Kojiki and the Nihonji at the end of the XIXth century. And some aspects of Japanese mythology especially Uzume dance integrated Western literature and its orientalist imagination. But the influence of Japanese mythology dramatically increased with the expansion of Japanese cultural industry through mangas, movies, video-games, cartoons. As Japanese mythology remained a very lively background of the contemporary stories invented in this country, gods of Shinto pantheon and other mythological specifically Japanese characters became more and more known in the West and the object of a new cultural passion, a mythological erudition with some animist and ecologial beliefs.