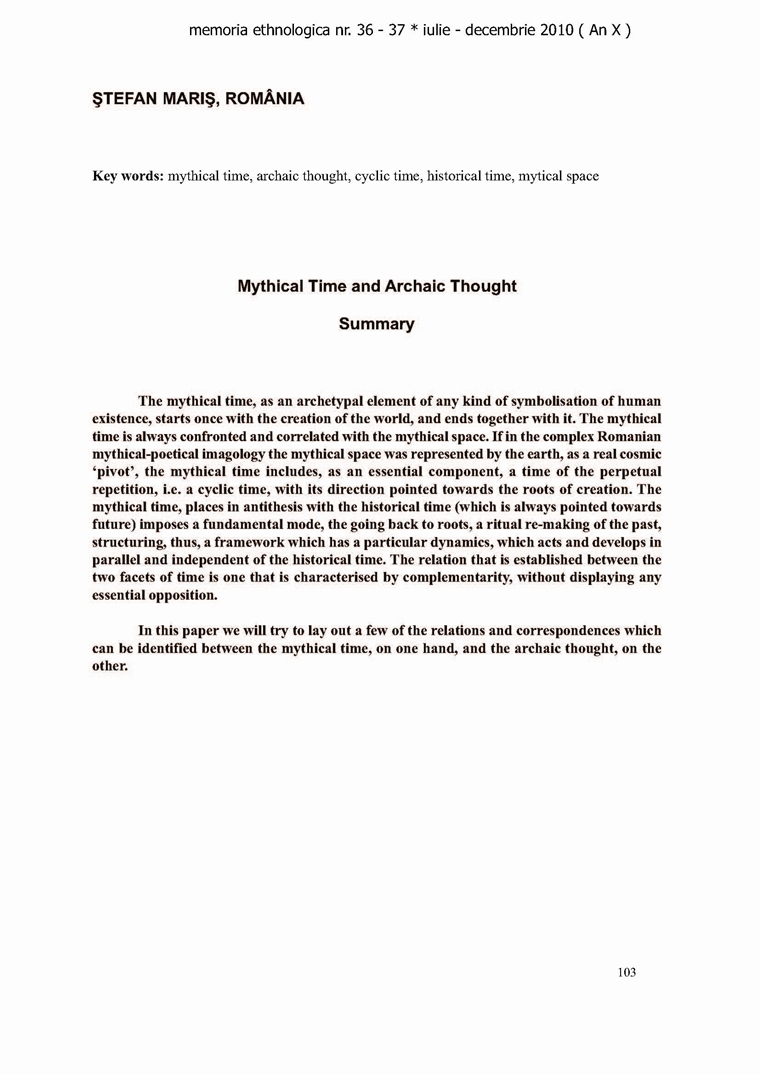 The mythical time, as an archetypal element of any kind of symbolisation of human existence, starts once with the creation of the world, and ends together with it. The mythical

time is always confronted and correlated with the mythical space. If in the complex Romanian mythical-poetical imagology the mythical space was represented by the earth, as a real cosmic ‘pivot’, the mythical time includes, as an essential component, a time of the perpetual repetition, i.e. a cyclic time, with its direction pointed towards the roots of creation. The mythical time, places in antithesis with the historical time (which is always pointed towards future) imposes a fundamental mode, the going back to roots, a ritual re-making of the past, structuring, thus, a framework which has a particular dynamics, which acts and develops in parallel and independent of the historical time. The relation that is established between the two facets of time is one that is characterised by complementarity, without displaying any essential opposition.

In this paper we will try to lay out a few of the relations and correspondences which can be identified between the mythical time, on one hand, and the archaic thought, on the other.