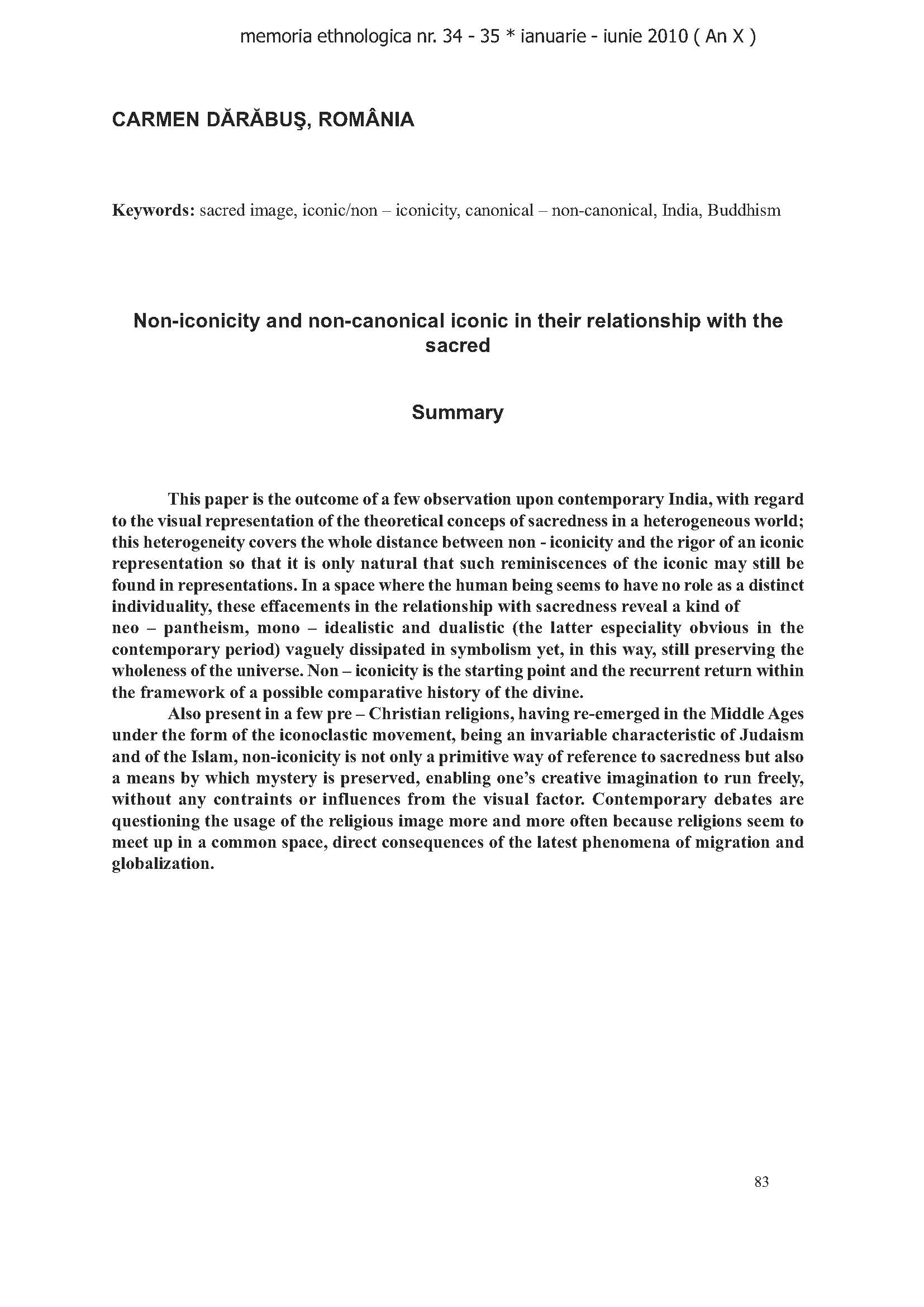 Non-iconicity and non-canonical iconic in their relationship with the sacred
Summary
This paper is the outcome of a few observation upon contemporary India, with regard
to the visual representation of the theoretical conceps of sacredness in a heterogeneous world;
this heterogeneity covers the whole distance between non – iconicity and the rigor of an iconic
representation so that it is only natural that such reminiscences of the iconic may still be
found in representations. In a space where the human being seems to have no role as a distinct
individuality, these effacements in the relationship with sacredness reveal a kind of
neo – pantheism, mono – idealistic and dualistic (the latter especiality obvious in the
contemporary period) vaguely dissipated in symbolism yet, in this way, still preserving the
wholeness of the universe. Non – iconicity is the starting point and the recurrent return within
the framework of a possible comparative history of the divine.
Also present in a few pre – Christian religions, having re-emerged in theMiddleAges
under the form of the iconoclastic movement, being an invariable characteristic of Judaism
and of the Islam, non-iconicity is not only a primitive way of reference to sacredness but also
a means by which mystery is preserved, enabling one’s creative imagination to run freely,
without any contraints or influences from the visual factor. Contemporary debates are
questioning the usage of the religious image more and more often because religions seem to
meet up in a common space, direct consequences of the latest phenomena of migration and
globalization.