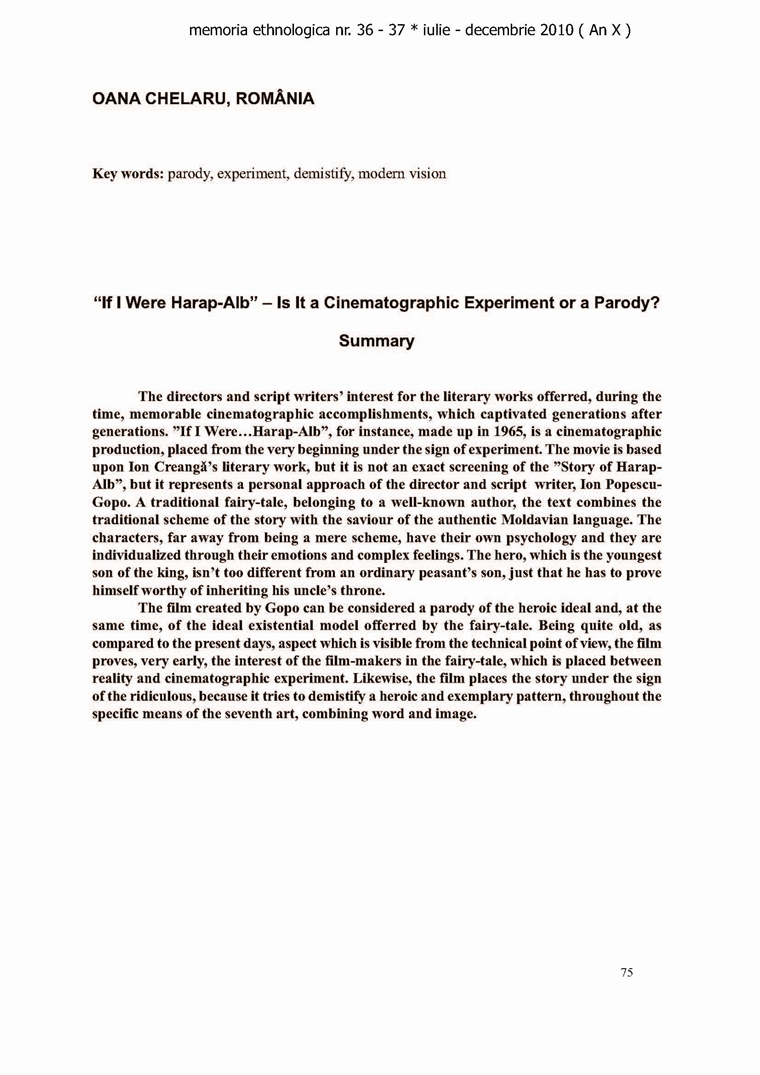 “If I Were Harap-Alb” – Is It a Cinematographic Experiment or a Parody?

The directors and script writers’ interest for the literary works offerred, during the time, memorable cinematographic accomplishments, which captivated generations after generations. ”If I Were…Harap-Alb”, for instance, made up in 1965, is a cinematographic production, placed from the very beginning under the sign of experiment. The movie is based upon Ion Creangb’s literary work, but it is not an exact screening of the ”Story of Harap-Alb”, but it represents a personal approach of the director and script writer, Ion Popescu-Gopo. A traditional fairy-tale, belonging to a well-known author, the text combines the traditional scheme of the story with the saviour of the authentic Moldavian language. The characters, far away from being a mere scheme, have their own psychology and they are individualized through their emotions and complex feelings. The hero, which is the youngest son of the king, isn’t too different from an ordinary peasant’s son, just that he has to prove himself worthy of inheriting his uncle’s throne.

The film created by Gopo can be considered a parody of the heroic ideal and, at the same time, of the ideal existential model offerred by the fairy-tale. Being quite old, as compared to the present days, aspect which is visible from the technical point of view, the film proves, very early, the interest of the film-makers in the fairy-tale, which is placed between reality and cinematographic experiment. Likewise, the film places the story under the sign of the ridiculous, because it tries to demistify a heroic and exemplary pattern, throughout the specific means of the seventh art, combining word and image.