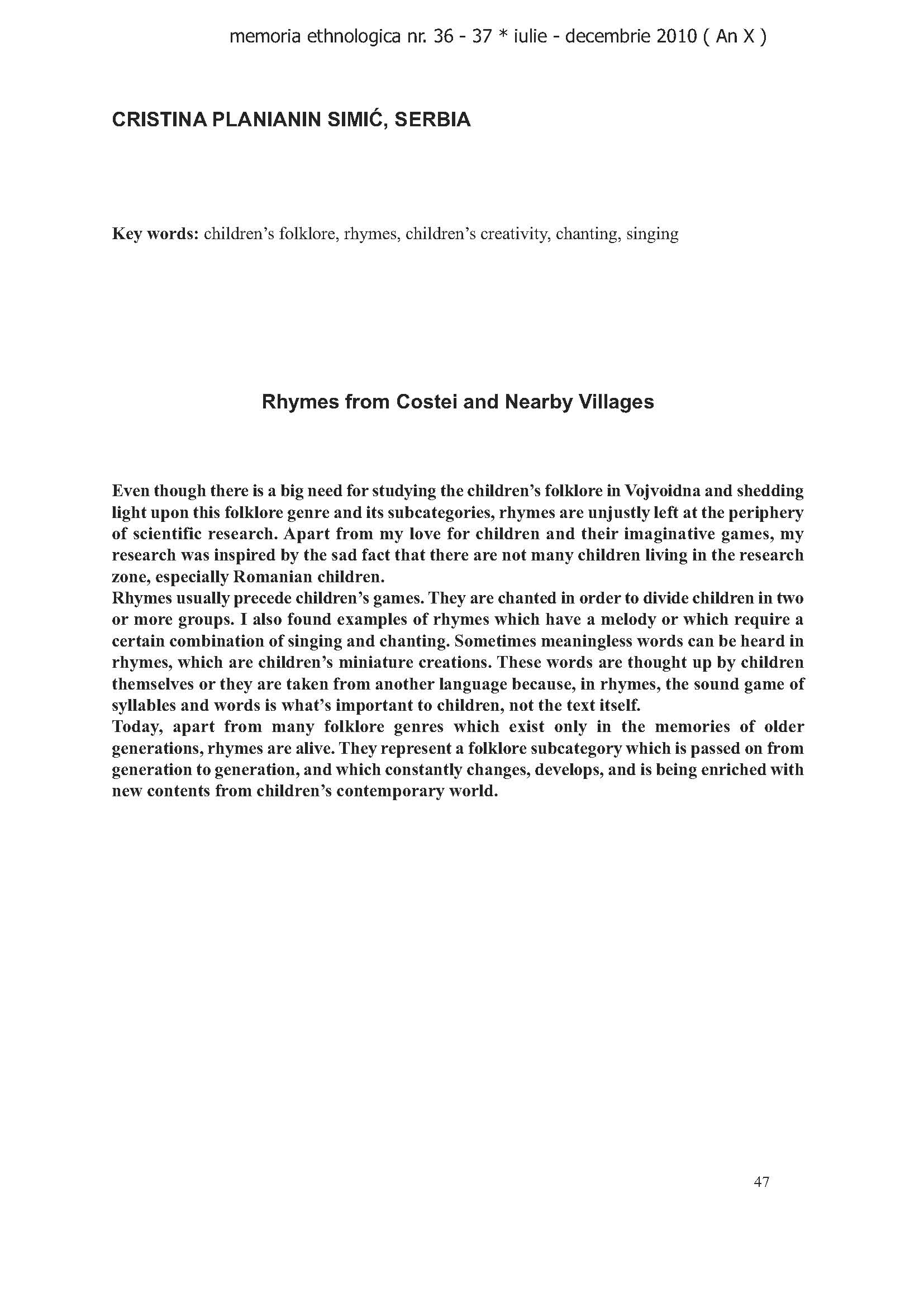 Rhymes from Costei and Nearby Villages

Even though there is a big need for studying the children’s folklore in Vojvoidna and shedding light upon this folklore genre and its subcategories, rhymes are unjustly left at the periphery of scientific research. Apart from my love for children and their imaginative games, my research was inspired by the sad fact that there are not many children living in the research zone, especially Romanian children. Rhymes usually precede children’s games. They are chanted in order to divide children in two or more groups. I also found examples of rhymes which have a melody or which require a certain combination of singing and chanting. Sometimes meaningless words can be heard in rhymes, which are children’s miniature creations. These words are thought up by children themselves or they are taken from another language because, in rhymes, the sound game of syllables and words is what’s important to children, not the text itself. Today, apart from many folklore genres which exist only in the memories of older generations, rhymes are alive. They represent a folklore subcategory which is passed on from generation to generation, and which constantly changes, develops, and is being enriched with new contents from children’s contemporary world.