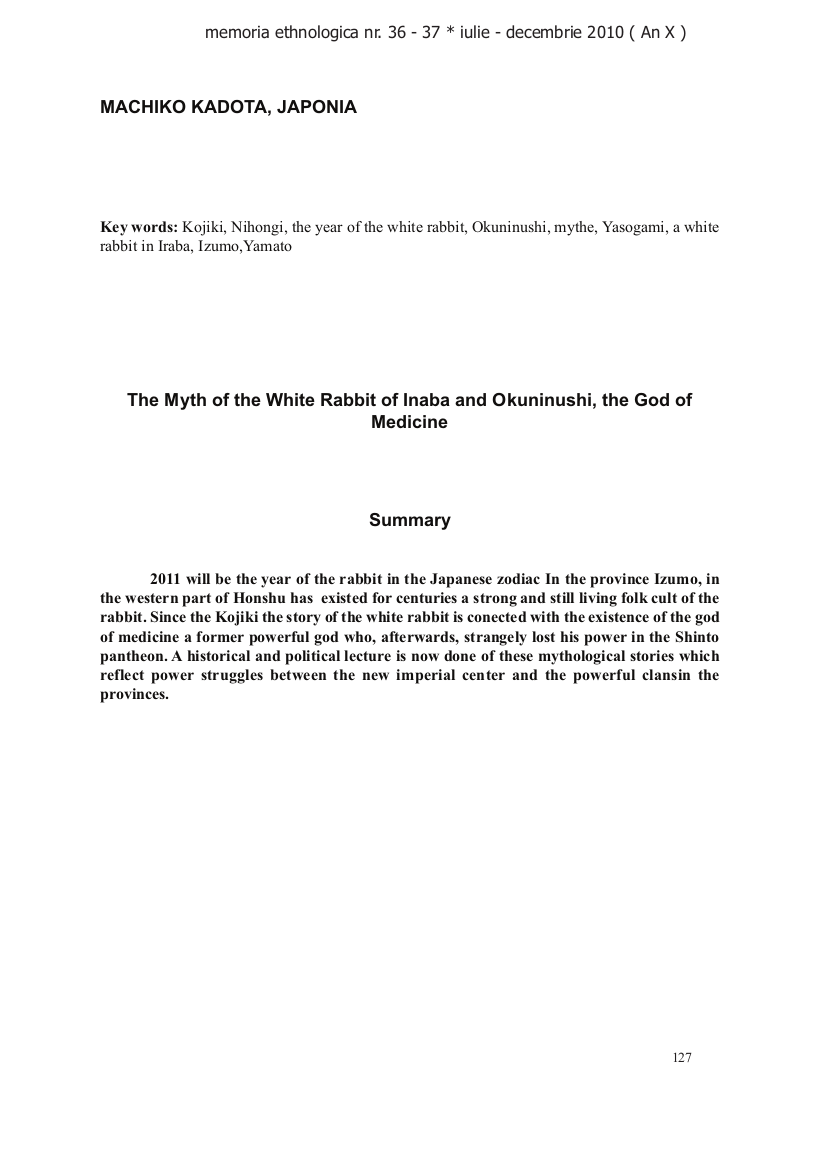 The Myth of the White Rabbit of Inaba and Okuninushi, the God of Medicine

The Myth of the White Rabbit of Inaba and Okuninushi, the God of Medicine

2011 will be the year of the rabbit in the Japanese zodiac In the province Izumo, in the western part of Honshu has existed for centuries a strong and still living folk cult of the rabbit. Since the Kojiki the story of the white rabbit is conected with the existence of the god of medicine a former powerful god who, afterwards, strangely lost his power in the Shinto pantheon. A historical and political lecture is now done of these mythological stories which reflect power struggles between the new imperial center and the powerful clansin the provinces.

Fii primul care adaugi o recenzie la „The Myth of the White Rabbit of Inaba and Okuninushi, the God of Medicine” Anulează răspunsul