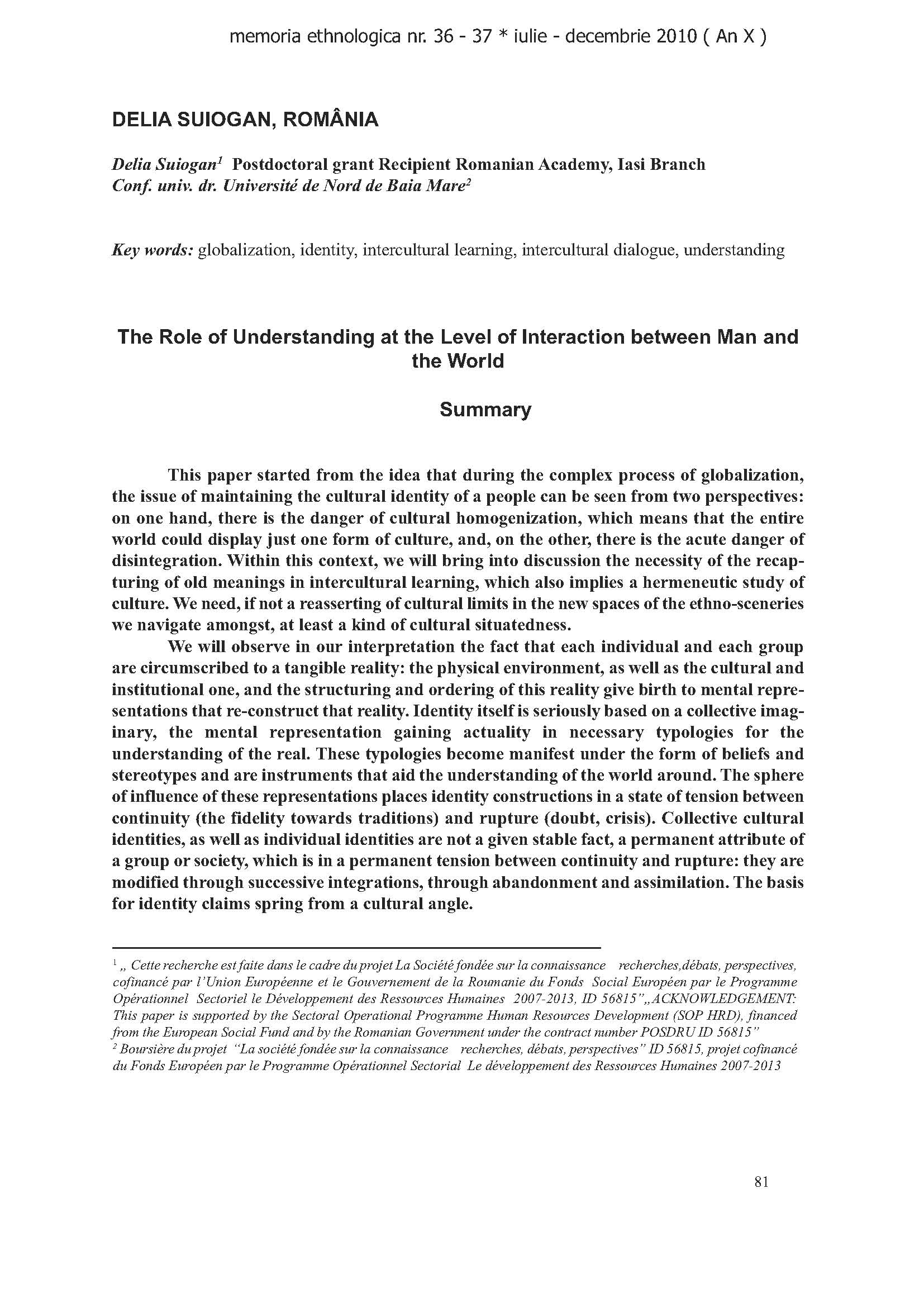 This paper started from the idea that during the complex process of globalization, the issue of maintaining the cultural identity of a people can be seen from two perspectives: on one hand, there is the danger of cultural homogenization, which means that the entire world could display just one form of culture, and, on the other, there is the acute danger of disintegration. Within this context, we will bring into discussion the necessity of the recapturing of old meanings in intercultural learning, which also implies a hermeneutic study of culture. We need, if not a reasserting of cultural limits in the new spaces of the ethno-sceneries we navigate amongst, at least a kind of cultural situatedness.

We will observe in our interpretation the fact that each individual and each group are circumscribed to a tangible reality: the physical environment, as well as the cultural and institutional one, and the structuring and ordering of this reality give birth to mental representations that re-construct that reality. Identity itself is seriously based on a collective imaginary, the mental representation gaining actuality in necessary typologies for the understanding of the real. These typologies become manifest under the form of beliefs and stereotypes and are instruments that aid the understanding of the world around. The sphere of influence of these representations places identity constructions in a state of tension between continuity (the fidelity towards traditions) and rupture (doubt, crisis). Collective cultural identities, as well as individual identities are not a given stable fact, a permanent attribute of a group or society, which is in a permanent tension between continuity and rupture: they are modified through successive integrations, through abandonment and assimilation. The basis for identity claims spring from a cultural angle.