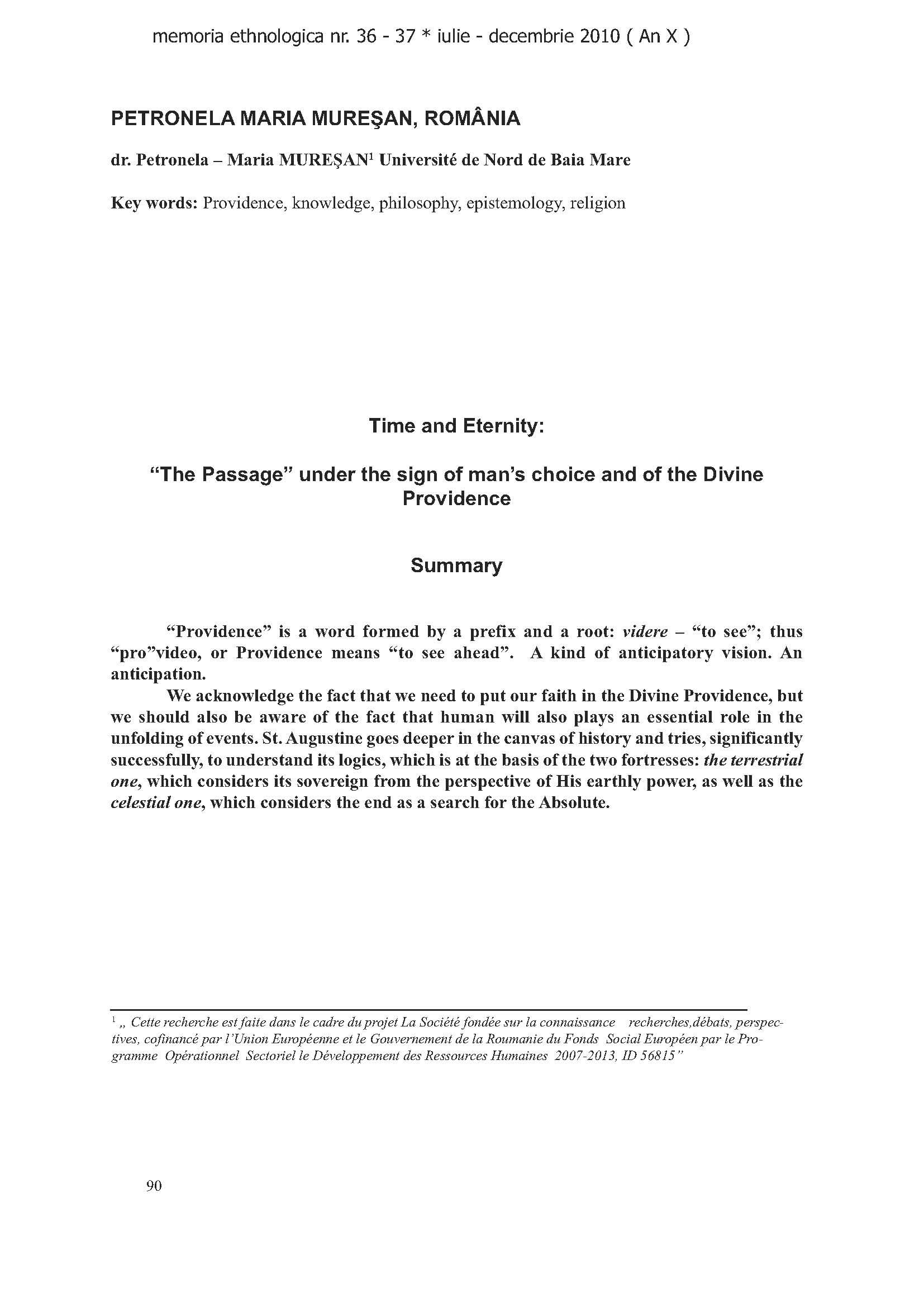 Time and Eternity: “The Passage” under the sign of man’s choice and of the Divine Providence

“Providence” is a word formed by a prefix and a root: videre – “to see”; thus “pro”video, or Providence means “to see ahead”. A kind of anticipatory vision. An anticipation.

We acknowledge the fact that we need to put our faith in the Divine Providence, but we should also be aware of the fact that human will also plays an essential role in the unfolding of events. St. Augustine goes deeper in the canvas of history and tries, significantly successfully, to understand its logics, which is at the basis of the two fortresses: the terrestrial one, which considers its sovereign from the perspective of His earthly power, as well as the celestial one, which considers the end as a search for the Absolute.

Fii primul care adaugi o recenzie la „Time and Eternity: “The Passage” under the sign of man’s choice and of the Divine Providence” Anulează răspunsul